The truth about hostels (and why I still love them) 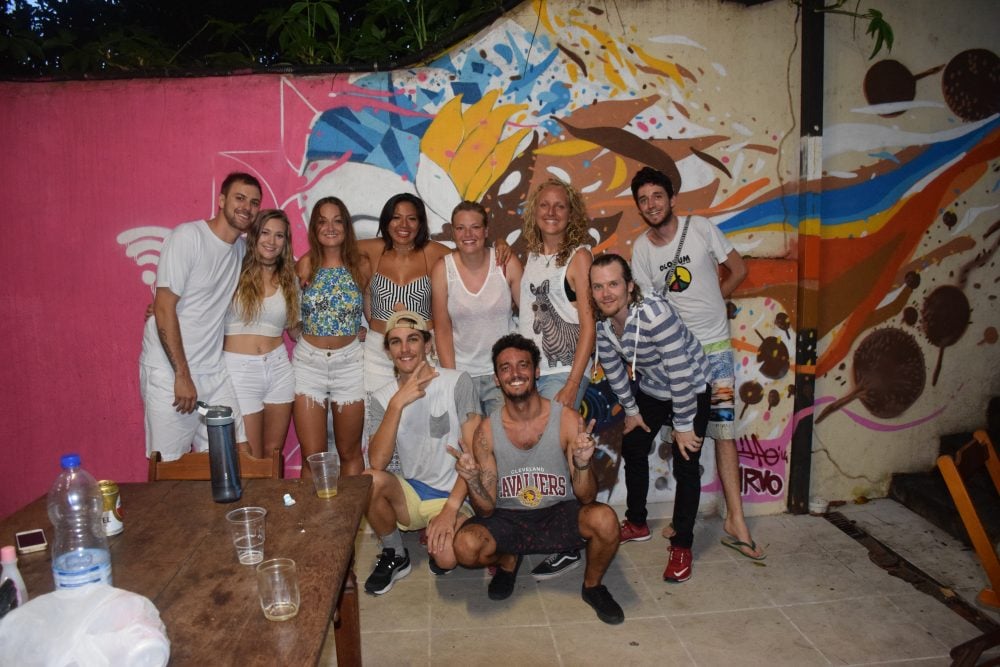 The Truth about staying in Hostels

Often times I get asked by friends or family how I survive living in hostels for so long. On our recent journey through Latin America (besides the odd Air BnB or small privately owned Bed and Breakfast) we stayed in Hostels, for 14 months straight.

Since arriving in New Zealand, we hadn’t spent much time in hostels. We lived with friends upon arrival and then went straight into moving into our own basement suite. It wasn’t until our trip from Auckland to Queenstown last week where we stayed in a couple different hostels, that I realized how much I actually missed them.

While the frequent run-in with bed bugs isn’t ideal, and the odd thieving backpacker is enough to make you want to pack your bags and go home, there are a lot of good things about hostels that make me keep coming back. 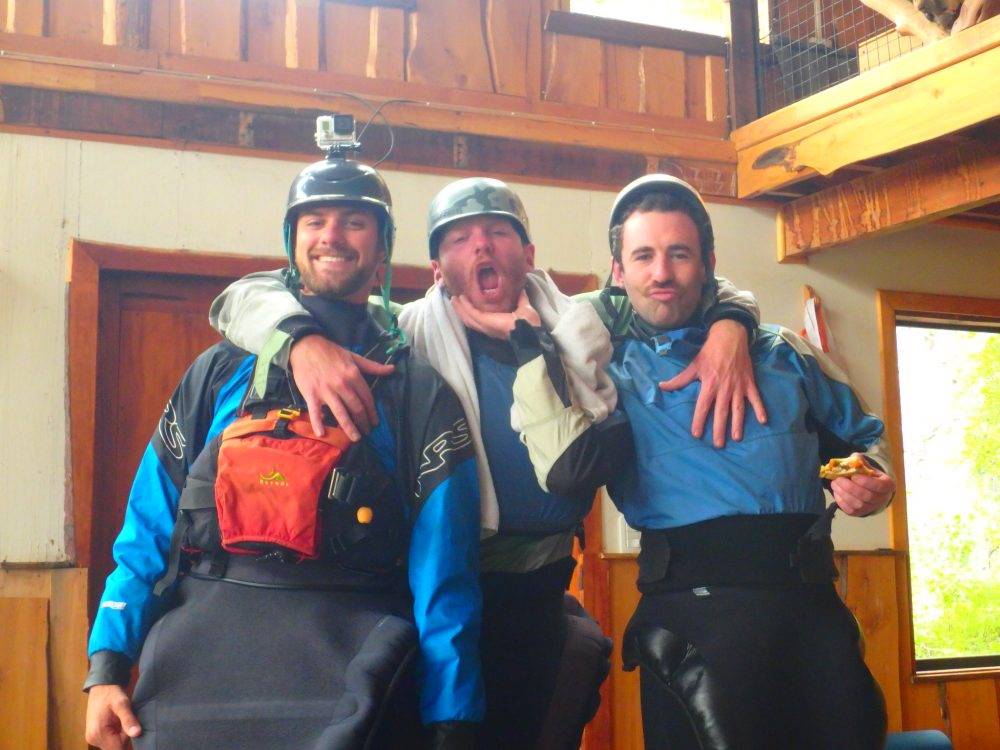 What is a hostel exactly?

For those of you who have never stayed in a hostel before, let me clarify what exactly they are. A hostel is a type of travelers budget accommodation (budget being the operative word.)

It is similar to a hotel in a sense that you pay nightly for a bed to sleep in. The difference is that there are dorm rooms. Dorm rooms mean that multiple single beds, usually bunk beds, are in one room. Some dorm rooms are as small as four beds in one room, some are as large as 20+ beds.

While dorm rooms are always an option in hostels, most hostels also offer normal private rooms for 1 or 2 people.

Hostels also have common areas for people to hang out and live in since the rooms are so packed with people. There is usually a kitchen, so people can cook instead of spending so much money eating out for every meal, a living room with a tv, and sometimes there will even be a pool table or a bar for socializing.

At a hostel, you can usually expect to pay ¼ of the price of a budget hotel room for a decent dorm bed. Private rooms in hostels are also usually cheaper than a budget hotel. 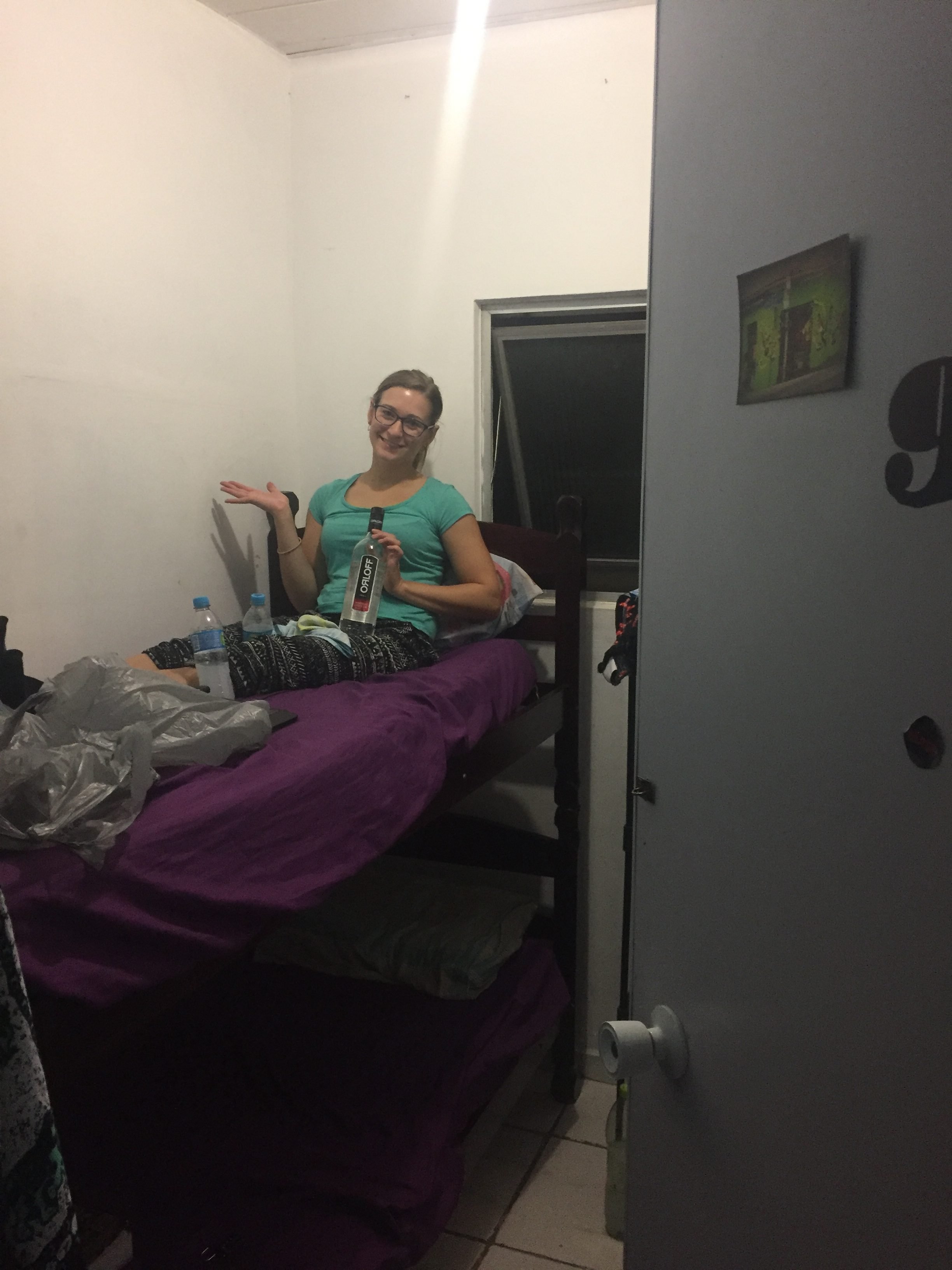 Chilling on my bed in tiny hostel room!

The downside to staying in hostels

As with every type of accommodation, there are pros and cons to both. Hostels are in no way perfect and aren’t tailored to those who require a some of the things listed below!

This would be obvious from reading about sharing a room with 20 or more people. If you need to change your clothing then you need to find a bathroom, which can be a battle on its own. There is no space to have a private phone conversation or read a book quietly. Everywhere you turn there are people. Which, after a while, can get annoying.

For some people, privacy is not an issue though. This one time, I woke up in the morning to a 40 something-year-old French man completely stark naked walking around my 6-bed dorm room. He thought that everyone was asleep, and I wasn’t about to have that awkward confrontational conversation so I rolled over quickly and tried to get the horrific image out of my mind. He clearly wasn’t concerned though because hours later when everyone was up, he was in his tidy whities while clipping his toenails on the bed.

When you are only paying a fraction of a hotel cost, you can’t except an exceptionally clean place.
Cleaners often have to clean rooms while working around various people packing or sleeping, so a thoruough job is nearly impossible. The cleaners at hostels are often backpackers who trade cleaning a few hours a week for free accommodation, therefore, the quality of cleaning done is often less than professional.

Don’t even get me started on bathrooms. Bathrooms are the worst. When dozens of people share the same bathroom it doesn’t take much for it to get disgusting pretty fast! especially when someone has decided to shave their pubes and didn’t clean up!

A place being super clean doesn’t really bother us, we expect it. However, bed bugs, that is a whole other story. We have encountered bed bugs a few times during our travels and they are awful things. So itcy, impossible to get rid of, and it is nearly impossible to have agood night sleep knowing bed bugs could be crawling all over you!

When we were in Havana in Cuba, we realized after changing hostels several times, that they ALL had bed bugs. So, we finally excepted the fact and slept in 30-degree weather in long sleeve shirts, pants, and used eleastic bands wrapped around our wrists and ankles (to keep a seal on the clothing against our skin).  We were hoping that if we were mostly covered, the bed bugs would go scout out some of the other half-naked people sleeping in our dorm room. 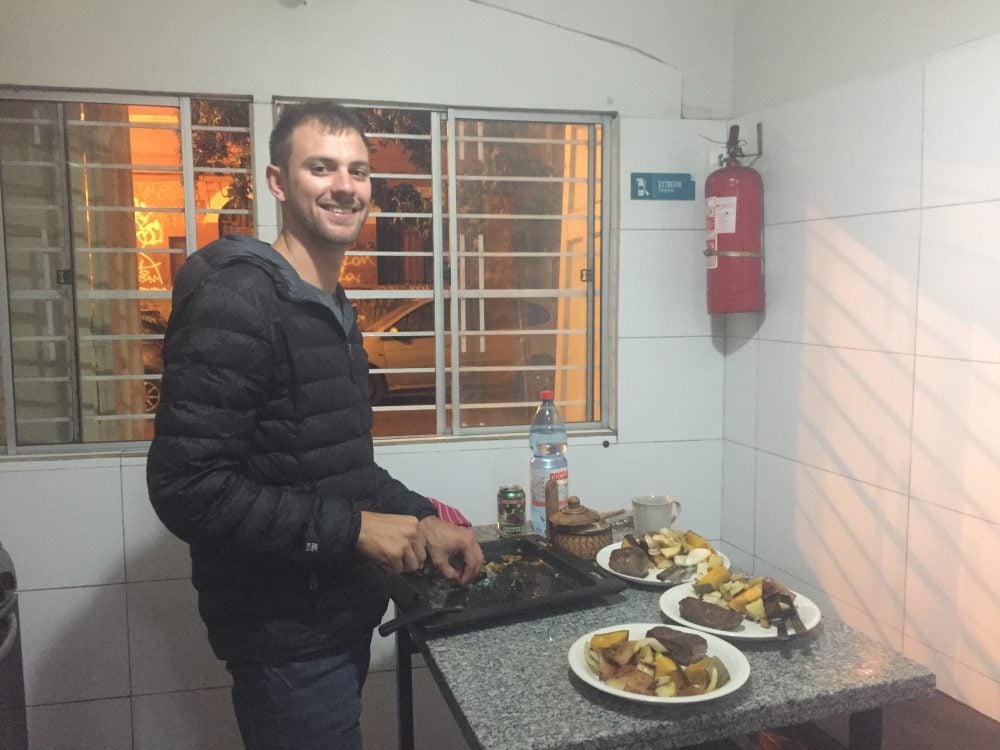 We always try to make the most of hostels that have good, clean kitchens!

Most people at hostels are great, but there are always a few that ruin it for everybody. You get the people who steal phones left laying around, people who use the only bathroom for an hour right before check-out time, people who leave their stinky hiking shoes in an enclosed dorm room, people who don’t wash their dishes after them, the list really goes on and on. It makes you ask “who raised these people” and tests your patience for sure.

We have had money stolen from us in the middle of the night before in a dorm room. We have had the stinky shoe situation happen a few times, and even people who sit or store their things on top of OUR beds.

The weirdest situation would be a recent experience in a hostel here in New Zealand where we made $2.00 package of Mac and Cheese for dinner. We didn’t finish it and then put the leftovers in a container.

The container was stored inside of our plactic bag (marked with our name) in the communal fridge. It is common knowledge in hostels (or life for that matter) not eat other peoples food, especially when it is labeled!

In the morning we woke up to our mac and cheese container empty. Somebody had eaten our letover food! They would have gone through our food bag to find it and then ate a stranger’s leftovers! We hope that they were really hungry, or at least drunk, to have done such a strange thing!

The upsides to staying in hostels

After reading all of the negatives about hostel life I’m sure you’re wondering “why do you still stay there?”

Besides the obvious reason of saving money, there is one other really big draw for me to hostels. That is, the people. This is a huge upside though so I have broken it down for you.

I have met people in hostels with whom I will be friends with for life. When you live in close quarters with people it forces conversation quickly and bonds are easily formed.

One of our best friends to date we met randomly at a hostel. We shared some laughs over beers, New Years Eve celebrations in Rio de Janeiro, a very hungover New Years Day, which ultimately led to us traveling together for two months. To this day, we talk to him and see him regularly. 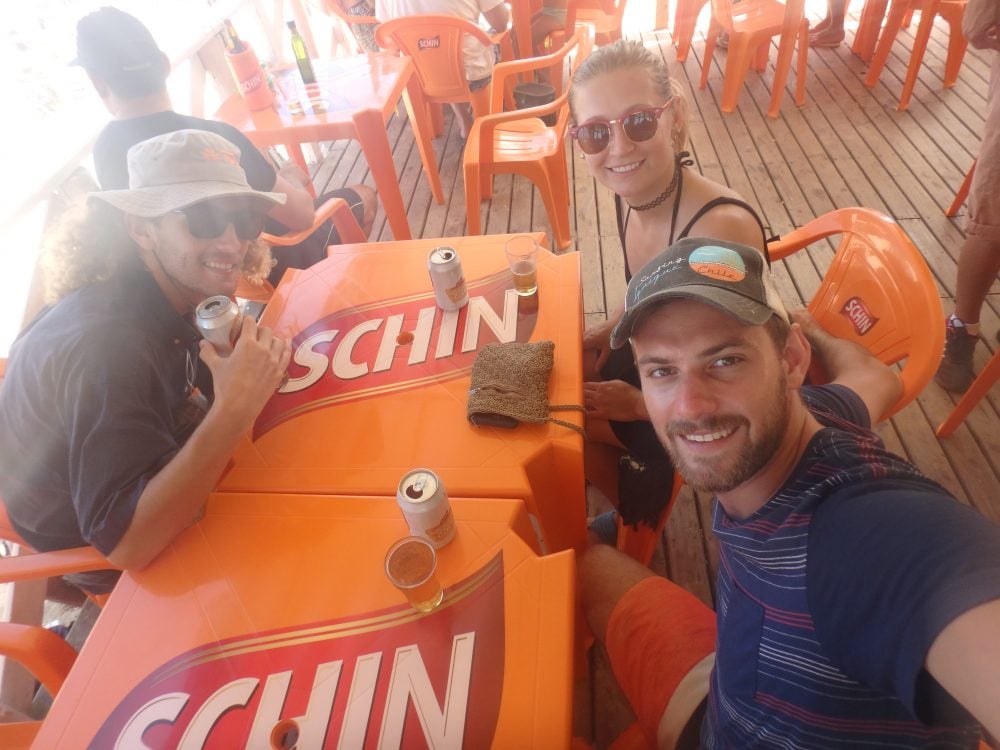 Beers with our travel companion and friend, Liam

Travelers, especially crazy backpackers, are inspirational people. A lot of people have seen some crazy things and have a unique way to think about the world. They are usually also very positive people.

Need some reassurance that taking an extended holiday from work was a good choice? Just go speak to a backpacker in a hostel about it. I’m sure by the end of the conversation you will be inspired to quit that job and travel forever!

From meeting one person and talking about travel we get ideas of where we want to go next. Visiting Chichen Itza at night was a last minute decision made from one conversation with a stranger (who I couldn’t even tell you his name or nationality.) He told us that such an option existed and the boom, hours later we were on a bus and booking tickets to see this world wonder in the middle of the night!

We find that the more we travel the more realize how much more travel we have to do! This is simply due to talking to other travelers. Someone else has always been to somewhere different, and it is exciting and inspiring! 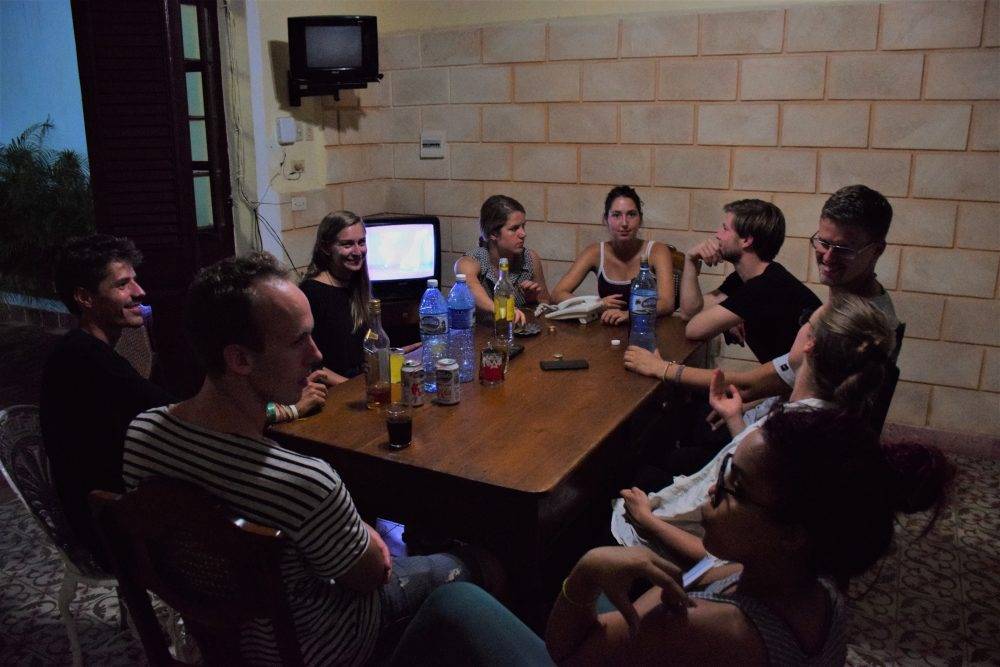 Conversation at a hostel in Havana, Cuba

Boredom is not a word that exists in hostels. People are chatting and playing games everywhere. Strangers introduce themselves to each other and the place will be buzzing!

Some hostels have organized nights out or even a bar onsite. Partying is something backpackers love, and hostels make for the perfect place to do so. Drinking games such as beer pong or Socialables is common. Everyone is out for a good time and the positivity is contagious! 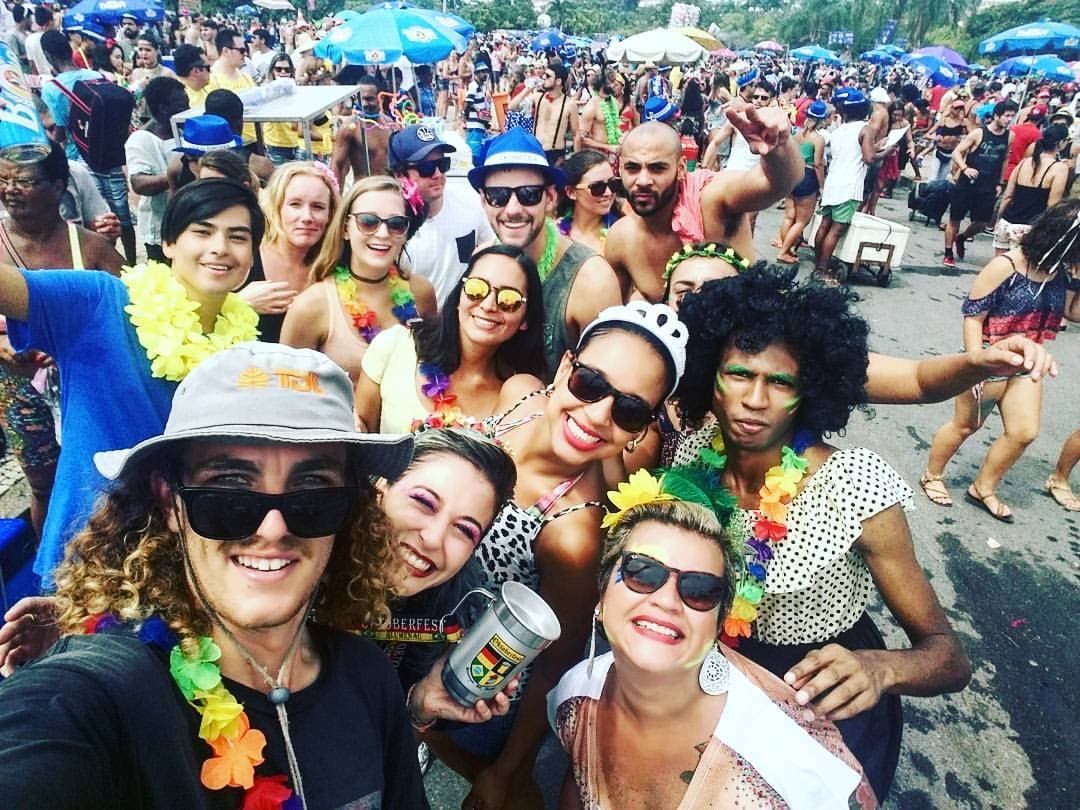 Partying with a group from our hostel during Carnival in Brazil!

Last but least is the stories that come from staying in hostels. Interesting things always happen when staying in a hostel full of interesting people.

These crazy things that happen, or fun times (or bad times) make for great stories and memories to last a lifetime. These stories are what inspired me to write this post, and what keeps me returning to hostels. Why stay in a boring hotel when you can meet strangers from all over the world in a hostel?

You have heard some of my tragic hostel stories, now, I want to hear yours! Do you have an experience from staying in a hostel to share? I’d love to hear it! Comment below! 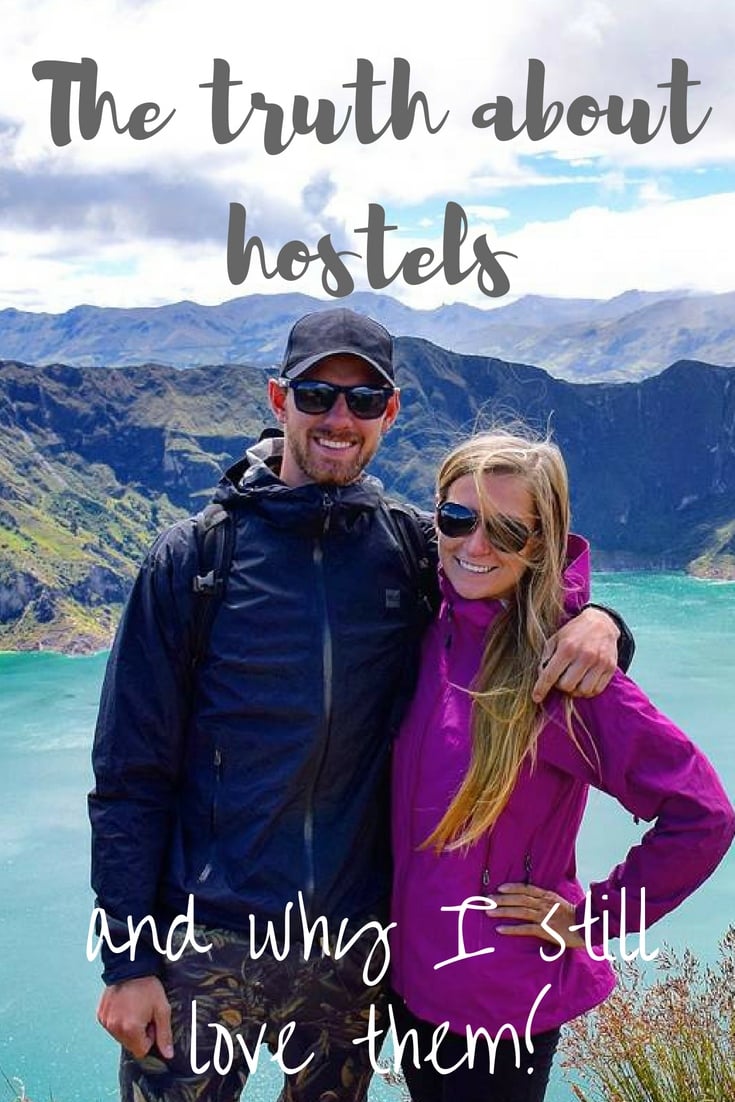