Kolkata to Agra – An Epic Trip to the Grand Taj Mahal 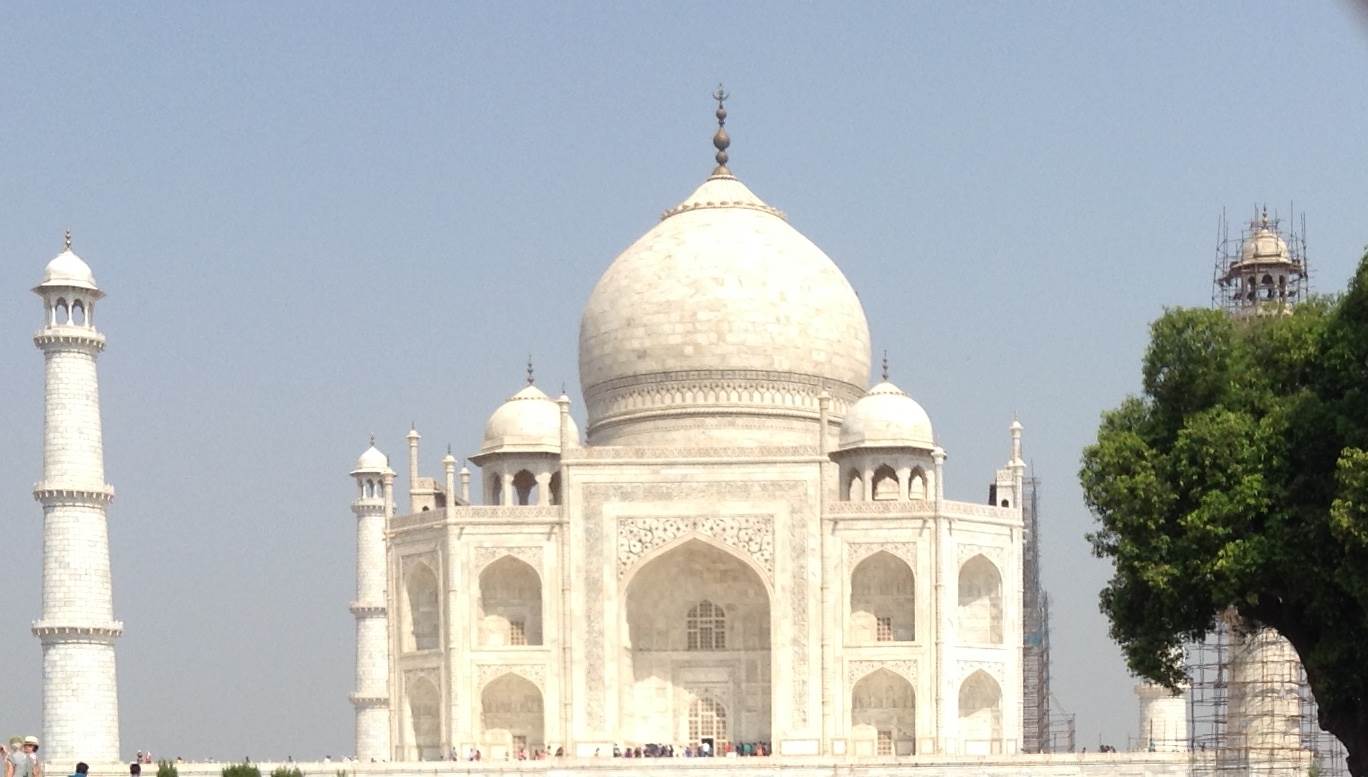 When you have the privilege to live in a culturally diverse country like India where one state is so different than the other, it makes you a great traveler! With twenty-nine states and seven union territories to explore you have a lot at your disposal. But, no matter where you have been to in India or how many days you have spent to see it closely, it’s a shame if you haven’t visited Agra yet.

From Kolkata to Agra

Living with this guilt forever we were determined to visit Agra for our next holidays. Thankfully we managed it sooner than we thought we would. Since soaring high airfares were acting as a barrier, we opted for wide open spaces instead. If you are willing to leave, roads are willing to take you anywhere. So here we were on the road making the journey from Kolkata to Agra (793 miles approx).

After two nights stay at Varanasi & Kanpur and a whirlwind of adventure on the road from Kolkata to Agra, we finally reached the land of architectural beauty – Agra. The state of Uttar Pradesh houses the Agra city on the banks of river Yamuna. The bustling city of Agra makes you travel back into the past to the times of Mughal dynasty. The Indo – Islamic architecture of Agra will leave you amazed forever. It has three UNESCO world heritage sites – Agra fort, Taj Mahal and Fatehpur Sikri. So plan your stay accordingly. 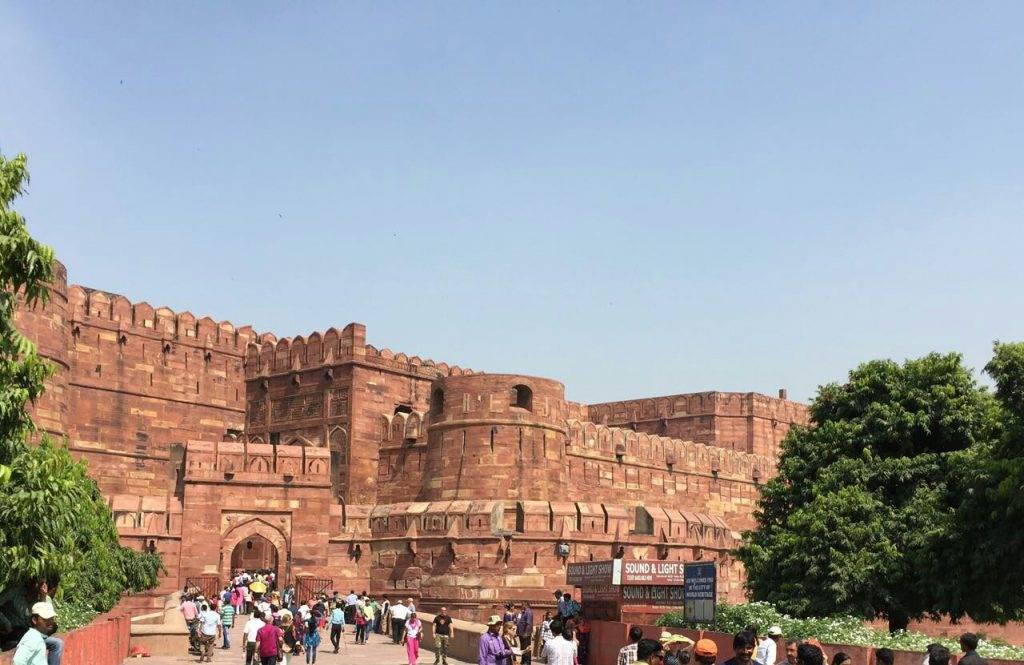 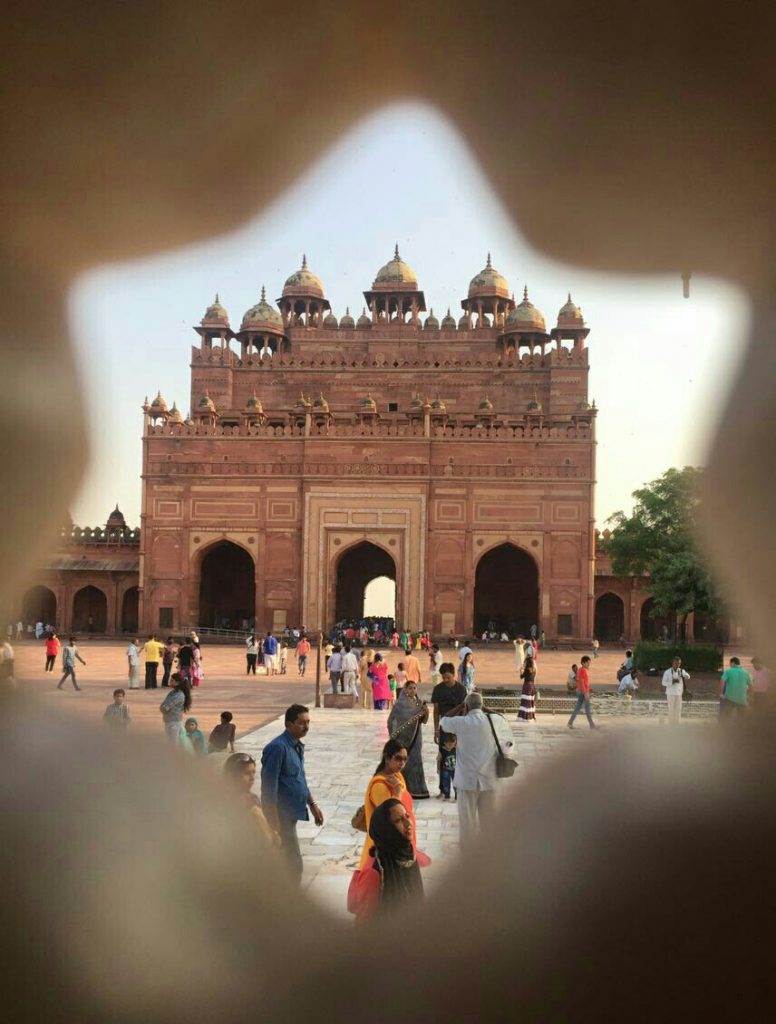 About the Taj Mahal

What makes the city of Agra hold an important place in the world map is the very renowned masouleum of love – Taj Mahal! The ivory white majestic marble structure is a symbol of undying love built by Shah Jahan as a memorial for his third wife Mumtaz Mahal who died while giving birth to their fourteenth child. It’s believed this incident consumed Shah Jahan with immense grief and he went into a secluded mourning for a year.

When he came back he commissioned the Taj Mahal. Though Mumtaz was first buried in Burhanpur she was later re-buried in a grave in Taj Mahal. This mesmerizing story and so much more kept us on our toes inside the monument for four hours. We enjoyed every bit, it was breath-taking! 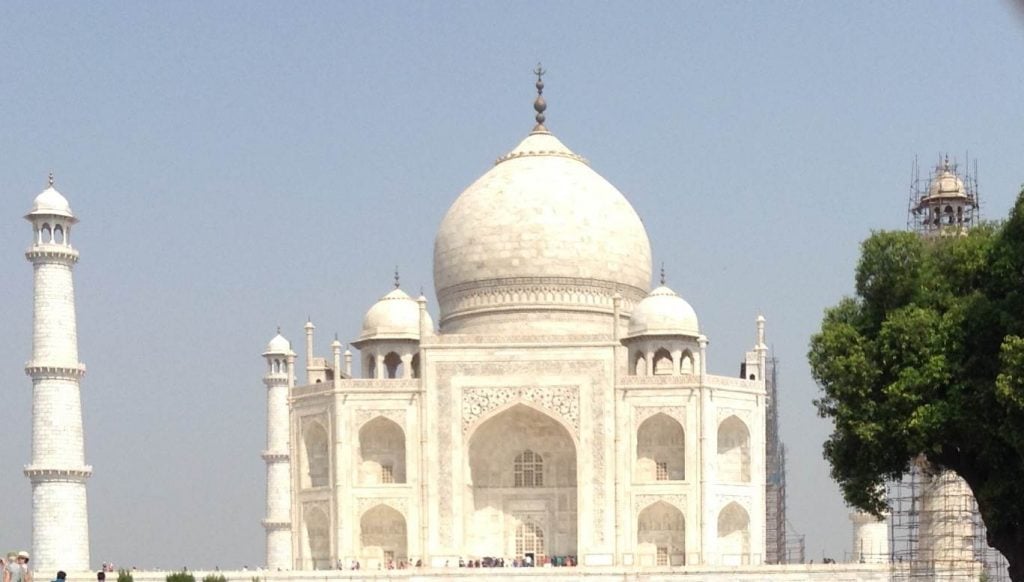 The perfectly manicured lawns led us up to the brilliant white structure. We used the stairs to reach the base of the Mahal. Once we were done admiring the intricate and exquisite designs on the exterior walls and four minarets surrounding the main Mahal, we finally stepped inside the marble archway. We saw the cenotaphs of Mumtaz Mahal and Shah Jahan lying side by side with their heads facing Mecca. They were the replicas of the original graves which lay exactly below them in the bottom chambers. This was done to avoid any harm that could be caused by opening the premises of the Mahal to public. 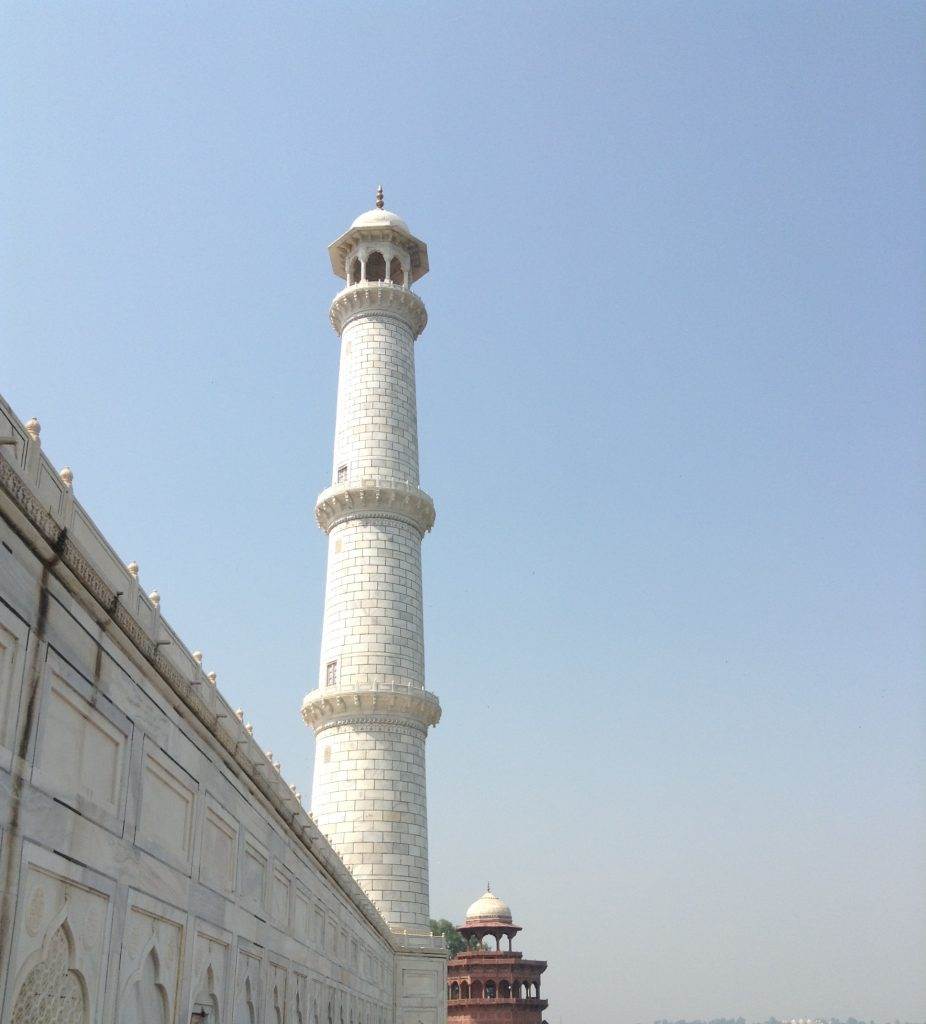 Tips for Going to the Taj Mahal

• There are four entry gates to Taj Mahal – Main, South, East and West. To avoid too much of chaos and confusion use any three but Main.

• Entry fees is different for Indians and foreigners. But it’s worth every penny!

• Before you experience Taj you have to go through a security check. Do not carry food, tobacco, alcohol or match – box along with you.

• Plan your visit on a full moon day or two days before or after it to avail an evening view of the Taj Mahal in the night sky with moon shining at its peak. On all the other days it remains closed in the evenings.

• To experience the Taj in its full grandeur, it’s better to start early, preferably, in the wee hours of morning. Not only will this help you move freely (locals only come after 8) but you will also be able to find amazing picture locations – and who doesn’t like to take crowd-less pictures? 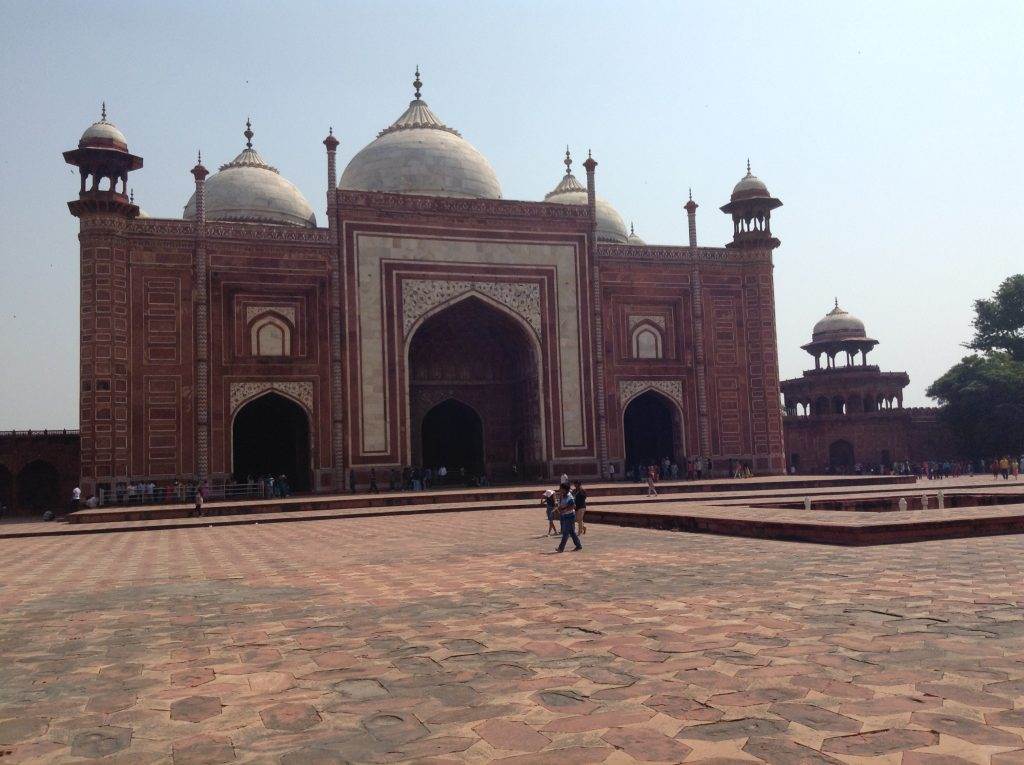 • Taj is the most symmetrical monument ever built by Mughals.

• Once a year according to the Lunar calendar the bottom chambers where the original graves of Mumtaz Mahal and Shah Jahan lies is opened for public. Do not miss this opportunity if you are placed in Agra at that time of the year.

• It’s believed that Shah Jahan got the arms of artisans amputated after the completion of Taj Mahal so a replica of Taj can never be built.

• The palace was designed in such a way that everything would fall away from the tomb in case of a collapse or natural disasters including the four minarets surrounding the mausoleum. Unbelievable design and engineering!

• Taj Mahal has a foundation of timber which is not supposed to be long lasting but even after 364 years it still stands strong and moist.

• Shah Jahan spent 32 millions on building Taj Mahal which would be over 1000 millions today.

• The only part of the mausoleum which is not decorated with gems and stones is the actual grave which is prohibited in Islam. 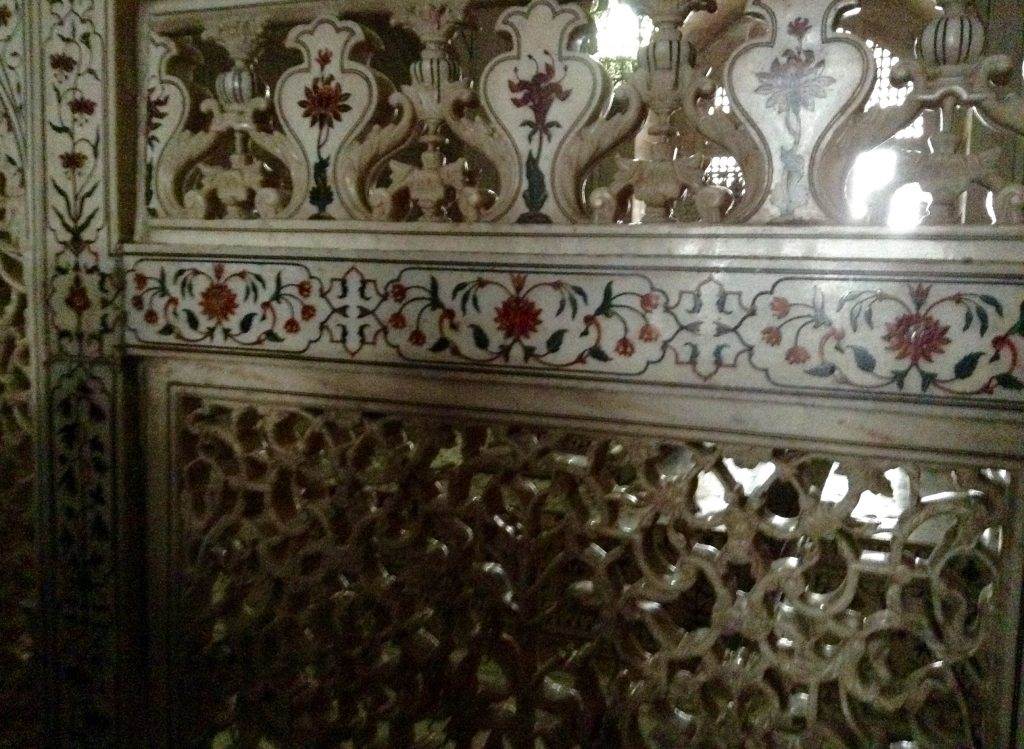 Taj Mahal promises an out of the world experience, it was worth the long trip from Kolkata to Agra. One we can never forget. Now it is your turn, we would love to hear from you about your experiences.

Hi, I am Mehr! I am a 9 year old Indian and blogger (with the help of my mother). I love to juggle between homework and my blog. My love for travelling has given birth to this blog. My parents and I do domestic as well as international trips every year. In fact, at least three times a year. It’s a reward for performing well in school. I love to blog about countries I have visited and share travel tips on my blog Https://moimehr.WordPress.com 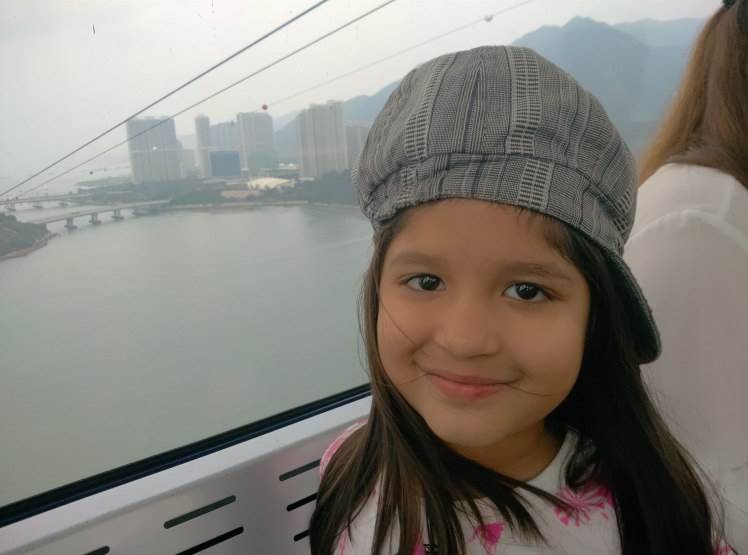