Why Visit China: 5 Big Reasons to Travel to China 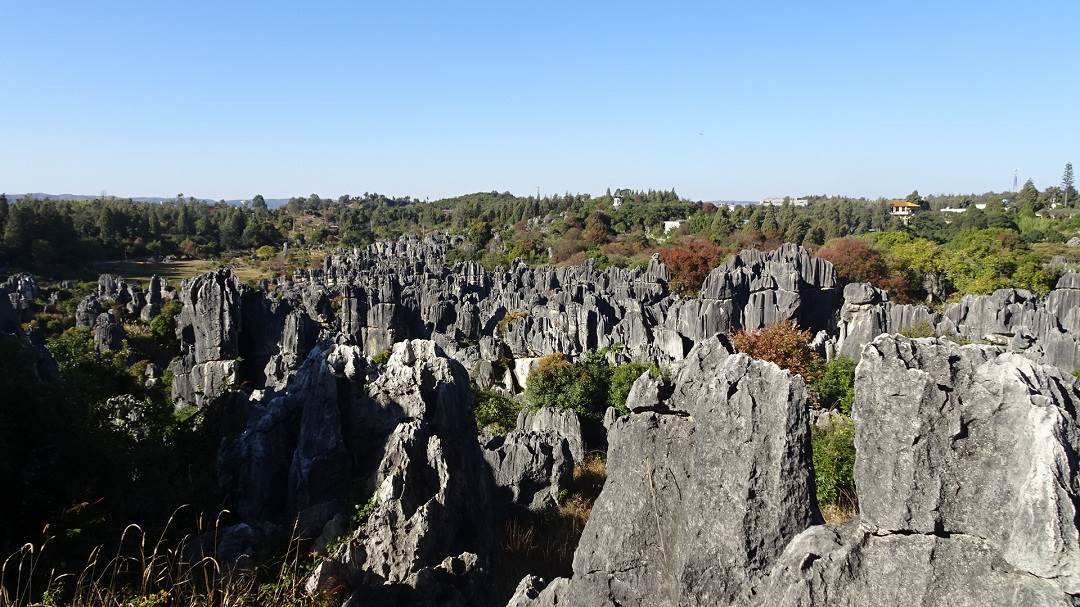 If you are wondering why China is such a tourist destination or contemplating visiting for yourself – this blog is for you! Roxanna and Danny, our guest authors, answer the question “why visit China” with 5 reasons that made the country so special for them!

Why Visit China: 5 Big Reasons to Travel to China

China… where do we even begin! There are SO MANY REASONS TO VISIT CHINA! But we also know visiting China can seem daunting; it’s not the usual city break in Europe or the backpacking trip around Southeast Asia. It’s vast, challenging, can definitely come as a cultural shock, but, oh, so rewarding!

Maybe China isn’t for everyone, but I would be willing to bet a hot shower & a clean hostel room (offers?!) that many who have never considered China, would want to return again and again after dipping their toes in China’s deep waters.

Having spent over 9 months in China in total, we still have plans to go back and see more, so trust me – there’s a lot!  I’m going to try and narrow down to just a few reasons YOU should visit China.

Let’s be honest, the thing that most people think about when they think of China is ‘Chinese food’, and I don’t know many people who don’t enjoy Chinese food!  And when we first came to China, 7 years ago, I have to admit it’s one of the things that I was looking forward to most.  But I was not prepared for what I was met with.

Having grown up eating Chinese food through Chinese buffets, Chinese takeaway and the occasional slightly nicer Chinese restaurants, I thought I knew Chinese food. How wrong I was.
Firstly, China is huge, incredibly huge. This is important to remember because the food in the steaming hot south is going to be different from that in the frozen north.  In fact, China officially has 8 cuisines based in certain areas of China, and even those have their variations within a region.

Most of the Chinese food we get in the UK and Europe is Cantonese based cuisine, often filled with black beans, and sweet and sour dishes. This is almost unheard of when you head north and instead get big, warming noodle dishes.

Secondly, the quality of the food that you get is just not the same. I was so surprised when eating even in the smallest, back street restaurants how clear the flavours are and how much better it tasted once we came to China. I often cringe when thinking about going to a Chinese buffet in the UK! But it’s true. If you love Chinese food – you will adore it 100% more in China!

Some of our favourite foods in China have included: Di San Xian (found in North East China), peppers in black bean sauce (Cantonese, in and around the Guangzhou area), fat spicy noodles in soup and hot pot (in Chengdu and other parts of Sichuan). It is also possible to eat vegan in China!

China homes some of the world’s largest metropolises. Beijing is at 21 million people, Shanghai has 24 million and Guangzhou; 20 million. And of course, there are the mid-sized cities, all of which have their unique pull.

Such large populations mean that each city has so much value, entertainment, restaurants to offer locals and visitors alike.  On days where we are being less cultured, we have visited games arcades and played pool (surprisingly popular in China.)

China does many things right, and one of the best is parks! Almost every park in every city we have been to has been really beautiful. Most of them are vast green spaces with tall, lush trees, some have beautiful fish ponds, and rock garden features. Others have a boating lake (even zorbing) and flower gardens. There are exercise spaces where older people and their grandchildren do stretches and socialise, play instruments, sing karaoke or Chinese opera and fly kites.

We love walking through city parks and people watching. Some of our favourites have to be the older men sat on little stools gathered around a mahjong board or slamming packs of cards down enthusiastically!

Like many cities, they also have interesting, if not propaganda-y, museums; full of historical artefacts and exhibits. Some are more traditional in their layout, others, more interactive and modern.

And finally, something else we love and appreciate about Chinese cities is the real mix of modernity and classic Chinese (often regional) architecture. You can walk past a modern tower block one moment and then come across an ancient archway or gate the next. Shrines and temples are threaded in the fabric of the cities, and you always know when you’re near one because the smell of incense greets you as you get closer.

Related Read:   The Truth About Staying in Chungking Mansions in Hong Kong

It’s easy to think of China as gigantic cities and skylines dotted around the country with vast swathes of nothing in between.  But this is just not how it is. Beyond the hustle and bustle of tower blocks, beeping cars and motorbikes, shopping centres and high streets, sit looming mountains, lush forests, small towns and villages seemingly untouched by the cities a couple of hours away on the train!

What we’ve really learned through our trips is how unique each province is, the landscape varies like each one is its own country! Yunnan province is a tropical, green paradise; similar to that of North Vietnam, Laos and Thailand, whereas Xinjiang province is sandy, deserted desert, with peoples who identify more with the Turkic and Muslim cultures of the countries it borders. The south hosts karst topography, crazy alien mountains and the list just goes on…

Whatever kind of backdrop you are looking for on your travels, China will have it in abundance, and if you fancy a change, you’ll never be more than a train ride or short flight away from something incredibly different!

There are not many people in the world who have not heard of the Beijing Wall or the Terracotta Warriors of Xi’an. However, China’s history is so much more and vast than that and is truly a treasure trove of stories and legends.

In Gansu province, not only did we ride down the sand dunes and watch the sunset, but also visited the Mogao Caves, where since the start of the Silk Road, people built a complex system of caves all to celebrate their strong Buddhist faith.

In Turpan, Xinjiang province, we visited JiaoHe abandoned city in the desert built over 2000 years ago. Close to Chengdu is the LeShan Buddha one of the biggest Buddha’s in the world who is carved into the rock side and sits looking over the meeting of 3 rivers.

This is all just scraping the surface of some of the big famous attractions. China is just so full of these treasures that one or two trips won’t do it.  It’s given us a taste, and we intend to go back and feast more whenever we can! 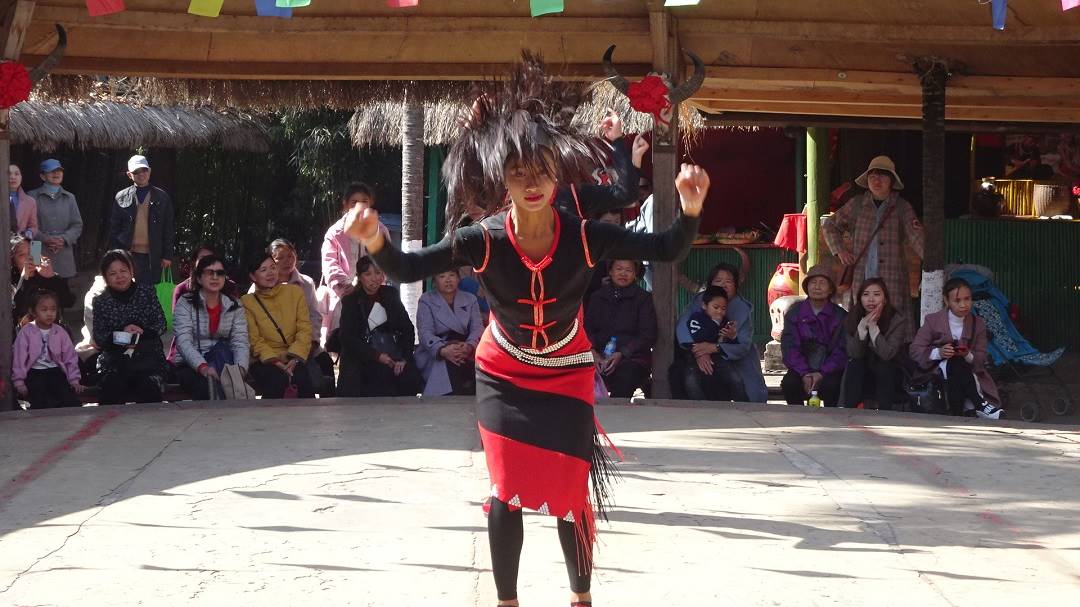 We have heard plenty of times that Chinese people can seem rude, unfriendly, and pretty cold. Like anywhere, if your only contact with locals is on busy public transport, it can seem like that. Our experiences, however, have been the complete opposite.

We have continuously been treated with a huge amount of kindness and excitement as the locals are happy to have foreigners where they live. We both speak a little of the language which can hugely open up people (many of whom will be absolutely amazed you can even say ‘hello’!), but even if you don’t speak anything, we have found the locals nearly always willing to go out of their way to treat you as a personal guest.

Even in the big cities, you’ll be constantly waved at, spoken to, and have your picture taken. This can get frustrating, especially if you’re tired or had a long day, but this nearly always comes from the fact that people are just excited to see you visiting their home. These casual meetings are extremely nice, but once we have gotten the chance to interact with people more, we have been treated amazingly well!

In a small village we visited, we were taken around to different people’s houses for every single meal by people wanting to feed us. Another time, a man insisted on doing a mini photo-shoot with us and then offered to take us out for a meal afterwards as thanks.

Many of our nicest experiences have been when we have become regulars at a restaurant for a couple of weeks, and the staff quickly know what your ‘usual’ is, and are more than happy to sit down and have a chat and show off some pictures with you.

Like anywhere, if you put a little effort in, people will give it back to you ten times over. This has perhaps been the most rewarding aspect of our time travelling around China – and one of the biggest reasons anyone should travel to China!

Related Read:   Best Things to do in South Korea as a Solo Female Traveler

Whether you like cities or more rural areas, beaches, deserts or tropical islands, hot weather all year round in the south or a good, cold, snowy winter in the North, China has you covered! It’s all there for history buffs, shopaholics, hikers and adventurers.

After living and working in China for 6 months and then returning several years later to exclusively travel for 3, we can honestly say that because of the diversity it offers (which can fulfil any of our travel desires) it is one of our favourite destinations to travel.

Some of our highlights:

-Roxanna and Danny from Slightly Off The Beaten Track

We are Roxanna and Danny; just a married couple who love to travel. We have always kept our families and friends updated with what we have been up to, and then I wondered if anyone else might be interested. So this is it!
Throughout our travels together we have come to realise that the more of the world we see, the less we know about it than we thought. We hope that this can be a space where we can share just a little of our own discoveries, through our own lens.  On this blog we hope you find interesting thoughts on the places we visited, the things we did and the vegan food we ate.
Recently, we came to the decision to quit our jobs and spend some time travelling.  People always say ‘there’s no right time’.  There’s no right time to; have a child, change your career, quit your job and travel the world.  But we found the right time, so although we have left behind things, people and animals (our two cats) behind, we knew we had to at least try and see what happened.
Some of the places we go to are popular tourist destinations, and some are just “Slightly Off The Beaten Track.”
Tags: reasons to travel to china reasons to visit China why visit china

3 Replies to “Why Visit China: 5 Big Reasons to Travel to China”