South Korea might not be your first thought for solo female travel – but it definitely should be! We take a look at what the country has to offer for those females going it alone! Here are the best things to do in South Korea!

It’s astonishing to note that almost half the population of South Korea travel abroad annually. Sometimes, you see so many of them enjoying the delights of the tourist hot-spots of the world that you wonder if their country is really that bad! Well, it most certainly is not, with a rich culture and heritage and some beautiful sights and attractions that perhaps the locals often overlook. Added to that, it’s also a very hospitable, safe and friendly country that makes it a perfect destination for solo female travellers. 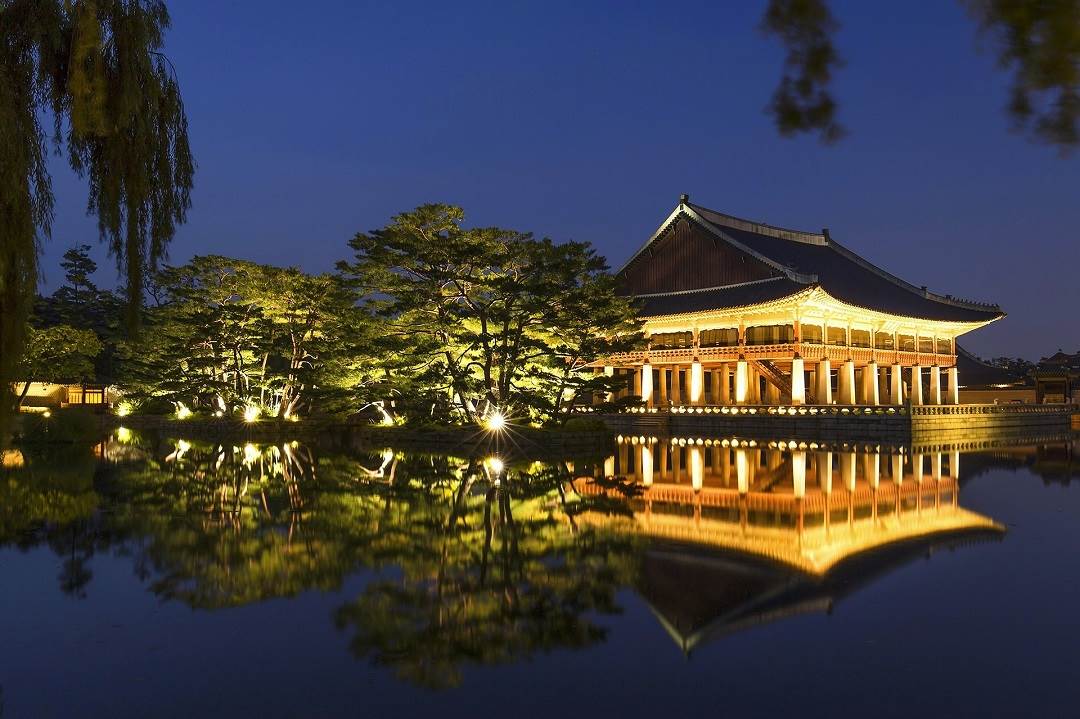 South Korea will not disappoint!

While it might not be your first thought when it comes to a solo travel option, an experience in South Korea will quickly change your mind. They’re polite to a fault in this fascinating country and will kill you with kindness, going out of their way to help you – even with the language barrier. Agness and Cez from travel blog eTramping are currently roaming around parts of Asia, and their guest post is all about the best things to do in South Korea as a solo female traveller.

It’s highly likely that this megalopolis of a city will be your first port of call as you fly into the country. You will no doubt use it as a staging point to explore the rest of South Korea, but Seoul has so much going for it you should take the time to get involved, especially if you’re staying here for longer and you’re on a tight budget. As with many cities in Asia, it’s a juxtaposition between ancient and modern, and you’ll find something to cater to every palette.

The Lotte World Tower in Seoul.

Bustling night markets, trendy bars, old temples, and towering skyscrapers battle to grab your attention – not to mention some world class shopping and style in neighbourhoods like Gangnam (yes – THAT Gangnam). And when you’re done sightseeing and shopping, treat yourself to that famous Korean spa wellness culture. You’re going to need it!


Related Read:   Travel Thailand on a Budget - Your Complete Guide

Situated in the heart of the capital, this extremely difficult to pronounce palace is the largest and most important in the country. Think the Forbidden City in Beijing and you’re on the right lines. As such, it deserves an entry here on its own. Gyeongbokgung is a UNESCO world heritage site and the royal palace of the Joseon dynasty, dating back to 1395. It is easily one of the best things to do in South Korea. 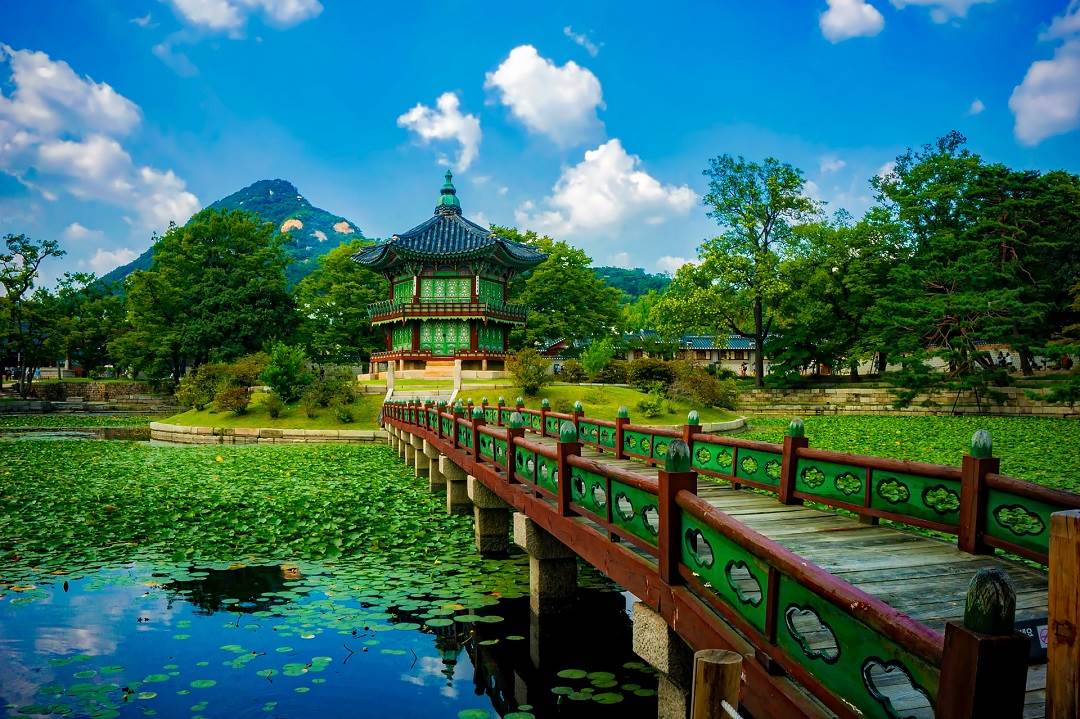 The palace and grounds are stunning.

Within the complex you’ll discover an abundance of beautiful gates, buildings, and pavilions, as well as two museums – so there will be plenty to keep you occupied during your visit. Don’t miss the changing of the guard on the hour, too.

South Korea is overflowing with national parks – there are 22 of them to be exact – and one of the best just happens to be a stone’s throw from the capital. Bukhansan National Park is well worth a day hike on one of its many trails, through dense forest punctuated with dramatic peaks and hidden temples. 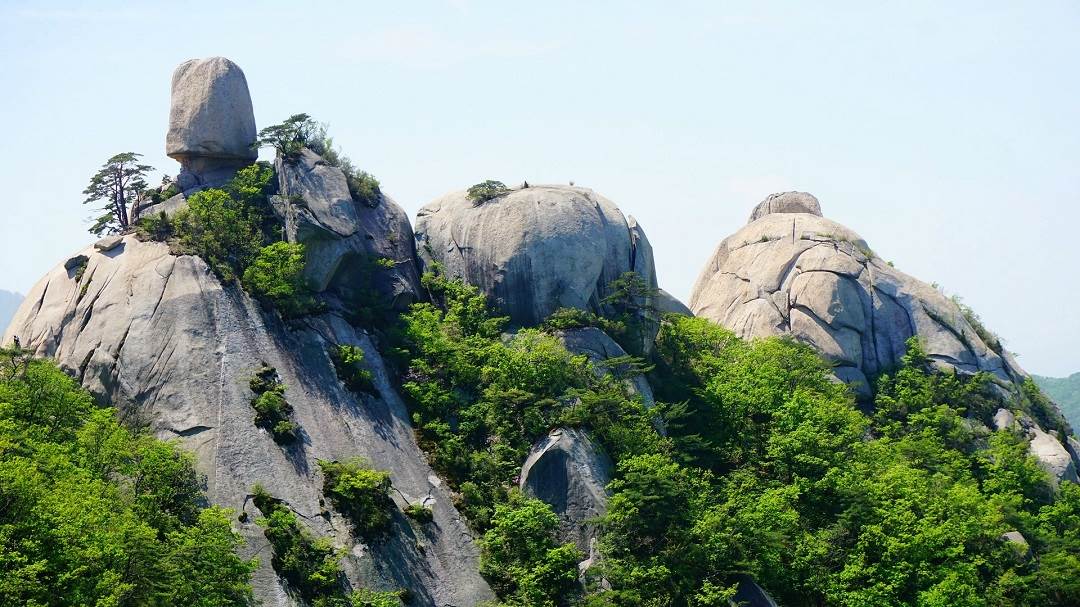 And if you’re at all concerned about hiking alone, you’ll find that many other solo female travelers are looking for companions to visit the great outdoors, but such is the popularity of the pastime – you’ll rarely be alone anyway. Try an expat group page for organized excursions and extra advice.

South Korea is filled with ancient settlements all offering a glimpse into the past, with many being remarkably well preserved while continuing the century’s old traditions of their ancestors. One such place is the Hahoe Folk Village, which is one of the most well preserved and popular attractions of its kind, as well as being a UNESCO world heritage site. 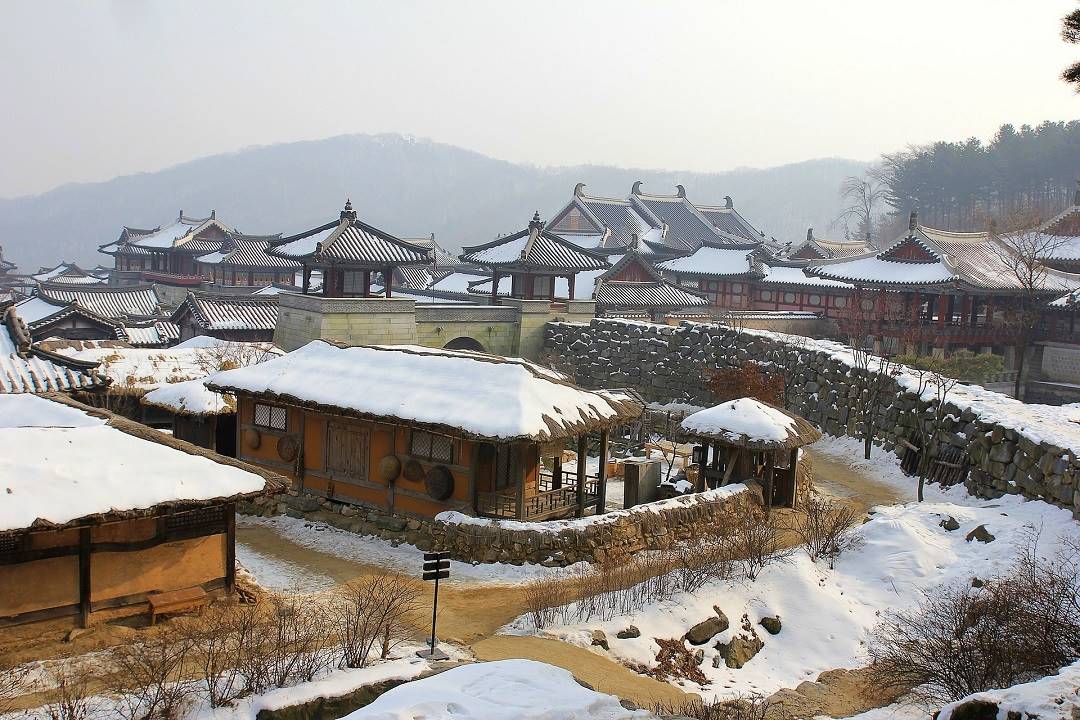 Located on the banks of the Nakdong River, the village is a vitally important cultural and historic hub, known for its architecture, literature, and beautiful surroundings. If you visit one folk village (and you should) make it this one.

Much like an organized hike to explore the beautiful Korean countryside, enrolling in a cooking class is a great way to learn about the country’s culture while making new friends at the same time. The beauty is they’re available all over South Korea, but head to Jeonju for the real food lover’s paradise. 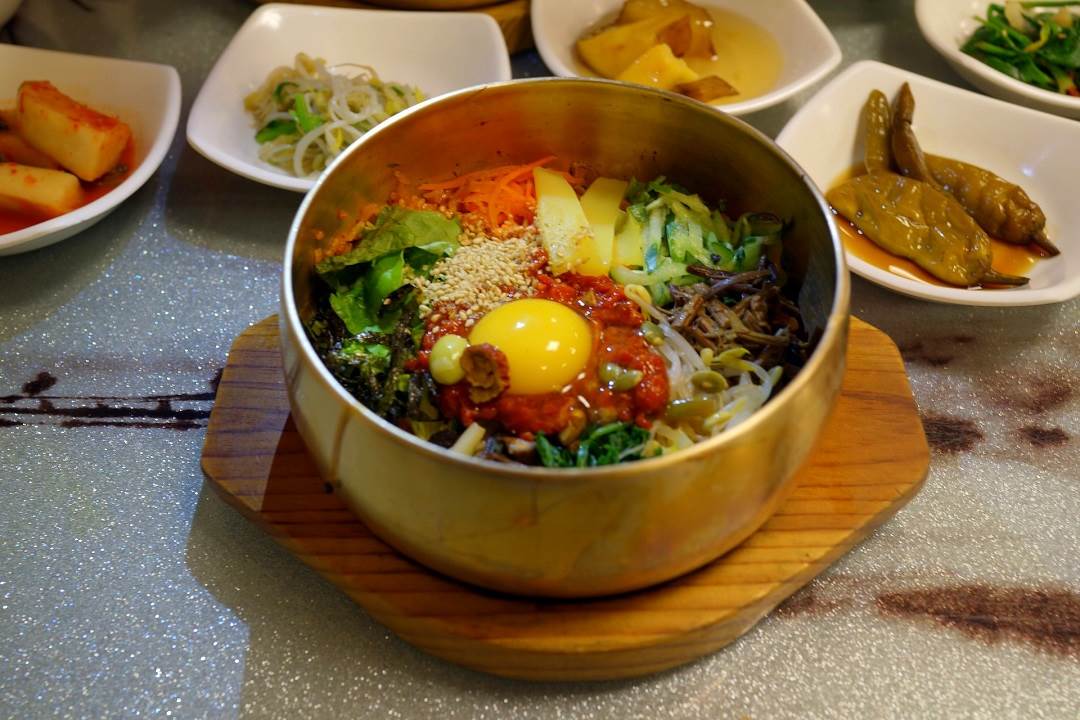 Here you’ll learn about the secrets of Korean cuisine while meeting fellow solo travelers and potential friends for life. You’ll also eat your weight in delicious food too – which is always a bonus!

What girl doesn’t love a good tea?! If you’re looking for the very best, then you need to head to Boseong in the south of the country. Not only is this the main tea producing province in Korea, but it’s also one of the most beautiful and serene places you can visit here. 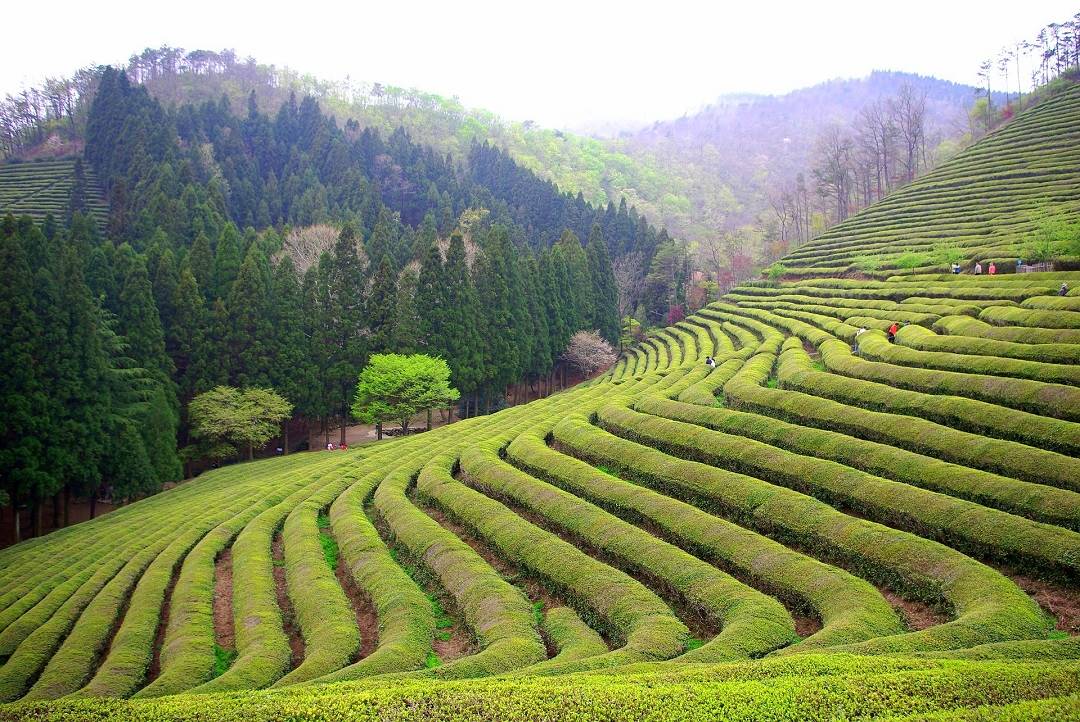 Visiting the rolling green tea fields of Boseong are one of the best things to do in South Korea!

With vivid green fields and hills as far as the eye can see the whole region is a delight to the senses. Enjoy the green tea festival in May, but year-round this is a wonderful place to visit, soothe your soul and quiet your mind. And drink copious amounts of tea, of course!

A favorite holiday destination for locals and tourists alike, Jeju Island sits off the south coast of the country. It’s known as the Hawaii of South Korea, as it’s an ever-changing landscape sculpted from volcanic activity over thousands of years. As well as having stunning beaches, charming villages and bountiful national parks, it’s also home to the largest lava tunnel in the world – the Manjanggul Cave. 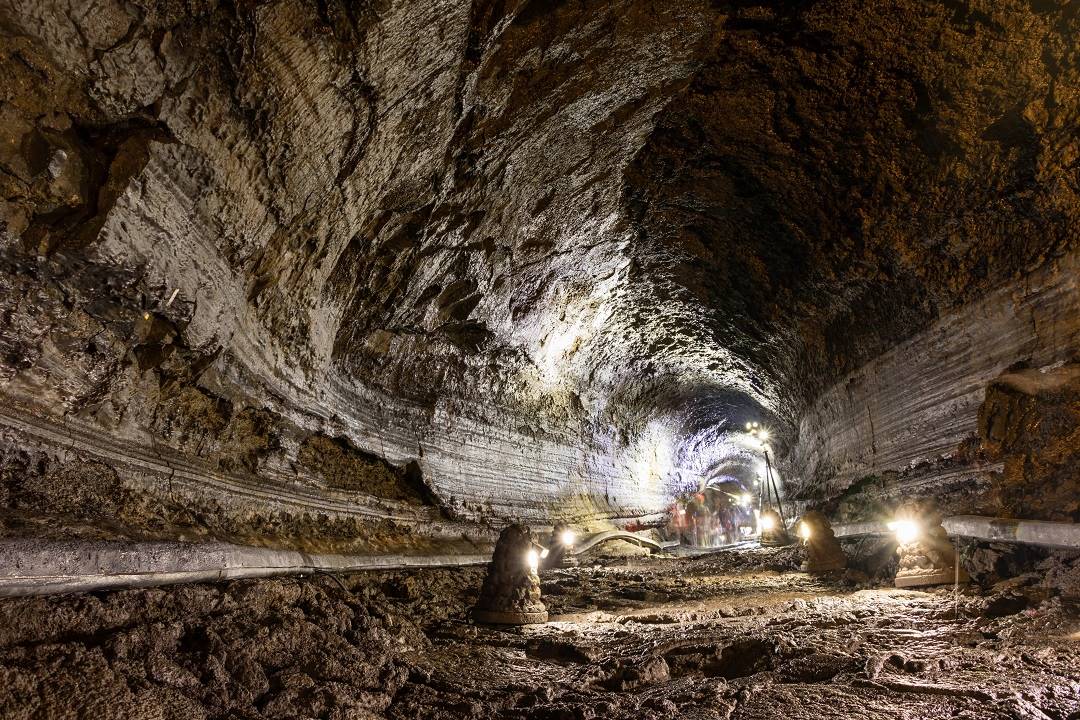 Jeju is also (in)famous for being a honeymoon and marriage magnet – but don’t let that put you off. One of the best and most fascinating of all the Jeju Island points of interest is seeing the Haenyeo – skilled female divers who gather sea creatures without the aid of oxygen. One thing is for sure – the girl power is strong in this country, and there’s no better time to visit as a solo female traveller!

About the Author: Polish best friends Agness and Cez ditched their 9 to 5 jobs back in 2011 and left to discover the world. Sometimes together, sometimes apart – but always working on their travel blog eTramping. They bring to the table the best tips, advice, and guides when it comes to adventure travel, and you can find them on Instagram, Facebook, and Pinterest. Give them a follow to discover what on earth they’ll be getting up to next!

Backpacking as a Couple: How to Survive Travelling With Your Partner
← Previous
Why Visit China: 5 Big Reasons to Travel to China
Next →
Click here to cancel reply.

Jeju Island is a beautiful Korean island. I enjoyed my time when I visited it last year. I'm definitely coming back to it this year.

Oh guys, thanks a lot for publishing my guest post. You're the best!! I'm now in Taiwan missing South Korea so much it hurts! Hope I can re-visit it soon. Big kiss x