Is Hobbiton Worth it? – Hobbiton Review 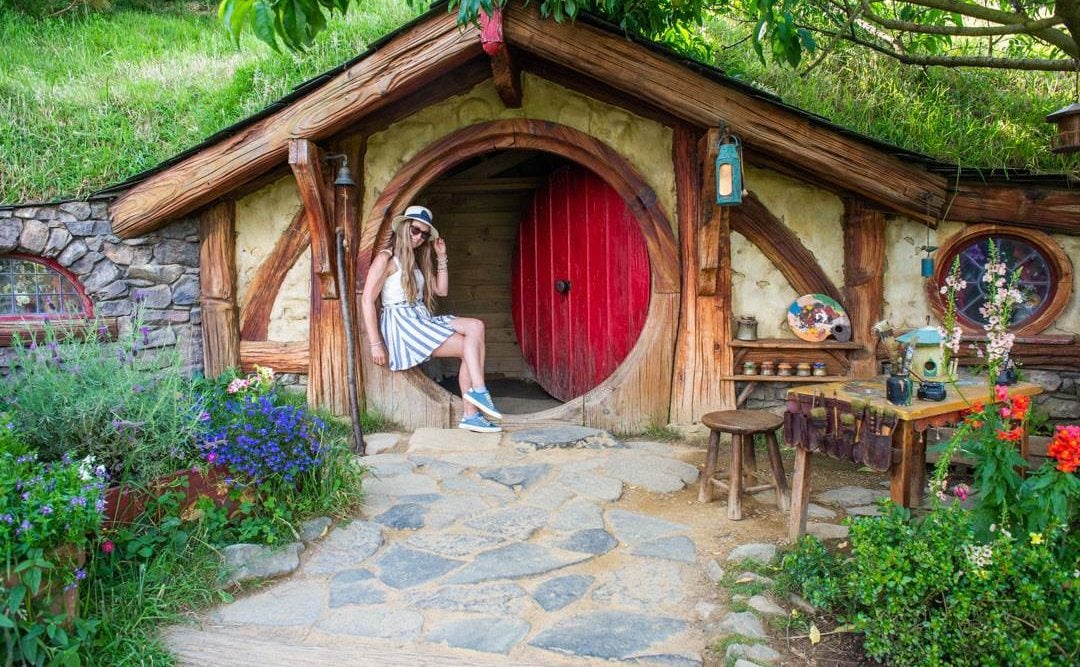 This is a personal review of the tour at the Hobbiton movie set in New Zealand. It includes both positives and negatives about the tour, an outline of the tour, and some suggestions to those thinking of going. I also answer the question “is Hobbiton worth it?”.

Hobbiton is arguably one of the most popular attractions in New Zealand. Every day thousands of visitors pass through its gates and join a guided tour around the movie set. To some, this is one of the best things they do in New Zealand and to super fans, the whole experience is so overwhelming they sometimes cry – literally!

Too many, though, it’s more of a New Zealand checklist item than something they have dreamed about. This means that you may not be completely sold on visiting. So in this post, I give you my personal Hobbiton review and try to answer the question “is Hobbiton worth it”!

Of course, the answer to this question changes with personal preference, but I’ll give you an unbiased guide to the pros and cons of the tour so you can decide for yourself!

As you may have already known there is more than one tour of Hobbiton, in fact, there are four main tours that are available all year round.

This is the classic Hobbiton tour and the tour that most people do. To be honest, if you’re asking ‘if Hobbiton is worth it’ then this is likely the tour you’re looking at doing.

This tour lasts for around 2 hours and involves a visit to the shire with a guide. On the tour, you’ll walk the shire taking photos at some of the 44 Hobbit Holees learning about the movies and movie set. This tour also includes a beer at the Green Dragon Pub.

This tour costs $84 NZD per person and tours leave every 10 to 20 minutes. You can book your tickets for this tour here, but remember this doesn’t include transport so you’ll have to get yourself to Hobbiton. You can book a tour with transport from Auckland here, from Rotorua here or from Tauranga here.

The next tour is a really good option for those who want a little more of an in-depth experience at Hobbiton. This tour includes all of the above as well as a Hobbits lunch near the Green Dragon where you’ll be served a range of interesting Hobbit dishes.

This added experience costs $120 NZD and lasts for around 3 hours. To be honest, for the extra $35 (what you’d expect to pay for a lunch in NZ) its great value and the reviews on the food are really good. You can book your ticket for the lunch (without transport) here.

The next tour is the exact same as the first tour but happens first thing in the morning before any other tours leave. This creates a more personal experience and allows you to see Hobbiton without thousands of tourists.

On this tour, you are guaranteed to be the first or second tour of the day and the best part? The early bird pass costs the same as the standard tour at $84 NZD!

The last tour is the ultimate Hobbiton experience and involves a tour of the movie set at sunset when very few are around before a stop at the Green Dragon for your free beer and a banquette dinner fit for a Hobbit king.

For a super fan this tour is the best option and one I would recommend if a visit to Hobbiton means that much to you. The banquette dinner lasts for 4 hours and costs $200 NZD for adults. You can book this tour directly on their website.

Aside from the main tours above, there are others that happen yearly like the International Hobbit Day party. This tour happens on the 22nd of September and costs $295 NZD.

About the Classic Hobbiton Day Tour

Since the 2 hour Hobbiton Movie Set tour is included in every tour package, I’ll let you know a little bit more about what you can expect on this tour.

The Hobbiton Movie Set Tour is a 2-hour tour around the actual set of Hobbiton used in The Lord of the Rings and Hobbit movies.

The tour starts at the Shires Rest (Hobbiton office) and involves a short bus ride from the office to the movie set. On the bus, you’ll watch a short video about finding the location and hear from Peter Jackson himself.

Then you’ll spend just over an hour on set with a guide wandering the film set and taking lots of photos along the way. Your guide will point out famous scenes, tell you more about the construction, and of course play photographer.

After the tour, you’ll be given 15 minutes to enjoy a free drink (beer, cider, or non-alcoholic option) at the Green Dragon bar, before returning to the office again.

The tour costs $85 NZD. In the summertime, in the morning and around midday, tours book up well in advance. If you plan on visiting around this time book your tour asap. With that said, the tours in the late afternoon tend to remain free until a week or two before.

The group size on these tours is almost always around 40 to 50 people. That’s how many can fit on the bus and they are almost always fully booked.

During the tour, there is not much shade and you will spend a lot of time in the sun. For that reason be sure to bring water and a hat.

What I liked about the tour

Regardless of your opinion of the Lord of the Rings and Hobbit movies, the Hobbiton movie set is a very impressive place to visit. To say the least, it’s huge, and the attention to detail that went into the construction is spectacular. The entire movie set makes for some pretty cool photos.

Wandering the small Hobbit streets really puts you in the movies and as you walk around it’s easy to spot some key filming locations.

Talking about the size, I’m not sure most realize how big it actually is. There are actually 44 Hobbit holes, and an entire bar, gardens, water mill, and lake. The size was the most impressive thing to me.

The tour also includes a drink in the Green Dragon (Hobbiton bar) afterward and they actually get these beers brewed specifically for the movie set. I found this really neat and another testament to the detail.

The tour itself (not the movie set) disappointed me. I found the tour was more of a guided Instagram photo session. We were all lined up and took photos at different locations and this took up most of the time.

This meant waiting for everyone in the entire group (45 of us) to take photos. Therefore, the tour was slow-moving and standing in the sun for two hours was not overly fun.

The other disappointing thing was the amount of information given on the tour. There were a few facts given but not many.

I did a Lord of the Rings tour in Queenstown and thoroughly enjoyed learning all about the films. This was not the case in Hobbiton. So for those who have little knowledge of them, don’t expect to leave with too much more. It is, in all honesty, a poorly planned tour and could be improved massively.

Should I go to Hobbiton?

If you’ve seen the films or read the books and consider yourself a fan then it’s a no-brainer and visiting is well worth your time. To many, it’s a dream come true and for the price of $84 NZD ($53 USD), I’m not sure it’s worth missing (especially if you’ve come from the other side of the world!)

However, if you really are a super fan then I think joining the Hobbiton Movie Set Tour with Lunch is a great option. Or if you can, the banquette dinner. These tours will allow you to enjoy the place a lot more!

If you haven’t seen the movies or didn’t overly enjoy them or the story, then Hobbiton might not be the shining star you think. I am a fan of the movies but was still disappointed (compared to my expectations). With that said, the tour still offers some value to visitors.

The best way to sum it up is if you have the $85 and it’s not a problem spending it or you get FOMO (fear of missing out), then go. However, if you are on a tight budget and aren’t that interested then maybe give it a miss.

Is Hobbiton worth it?

With all that said, I really want to answer the question “is Hobbiton worth it”. In my opinion, for the price of $84, it is overpriced but still worth a visit. Things in NZ are expensive and for this very unique experience, I wouldn’t change the fact that I paid for it. Just don’t expect an amazing tour, instead, focus on how beautiful and impressive Hobbiton is.

If the tour was priced at say $50 NZD then I would say it was a great value tour. In my opinion, $84 is a little bit expensive for what you get!

I hope this Hobbiton review has helped you make the decision on whether Hobbiton is worth it or not. It is written entirely on my opinion with the considerations of friends who have visited including someone who hadn’t seen the films, someone who had but didn’t like them, a super fan, and me (an average fan.)

I hope this Hobbiton review helps you decide if Hobbiton is worth it or not for you!

If you liked this blog or found it helpful then be sure to jump over to our official New Zealand page here! There you can find over 100 guides to must-visit places, hidden gems and more! Alternatively, check out these related articles:

Tags: Hobbiton review Is hobbiton worth it North island

4 Replies to “Is Hobbiton Worth it? – Hobbiton Review”

15 FUN Things to do in San Juan del Sur, Nicaragua