Robbed in Brazil – How Travel Changed

​I think back to that day we had a gun pulled on us in Salvador, Brazil by a man on a motorbike. It’s not being robbed in Brazil that shook me to the core and it wasn’t having a gun pointed at my face. You see, something else hit me in that exact moment that it was over. That few seconds as we turned away in shock, I turned to Bailey and her face was sad, her eyes ran with tears and I saw a panic in her which I hadn’t seen before – it scared me more than any armed robbery could. We were both physically okay, we hadn’t been hurt and we even still had our valuables, however in those few short moments our brains and bodies shook in fear and I began to think of the affects it would have on the rest of our travels.

I had no idea how Bailey would react, I mean, we had met a guy weeks earlier who after getting robbed in Brazil left and never wanted to return. Could the same fate await us? I believed at the time (and even more now) that we had two ways it could go and from those exact moments – walking away from the gunman I decided I wasn’t going to let it plague the rest of our trip.

We had made it back to the hostel and although we were shaken up, we tried to think positive and even laughed at how the armed robber had given our belongings back. It was naive to think we could both just laugh it off and although now we are stronger because of it, the next few weeks were not the same.

So how does being robbed in Brazil at gunpoint in a foreign country affect you, especially without you knowing it? And how did we move on?

Days after it was still fresh in our minds, we didn’t walk the streets the same. We spent our time carefully watching people, suspicious of everybody. Even getting goosebumps when we would here the roar of a motorbike cruise by. We had decided we were going to be fine and this armed man didn’t deserve the satisfaction of affecting our travels. However, deep down our subconscious  didn’t alow us to forget so easily. We had thought that maybe the feeling would pass when we left Salvador, so we crossed our fingers and hoped for a new beginning.

A week had passed since being robbed in Brazil and we had made it to Rio De Janeiro. As we left the airport by bus (a way we had travelled before in Rio) I felt as if I hadn’t seen this place before. It didn’t feel familiar (this was our third time in Rio), I hadn’t looked at the city in this way before. All of a sudden we saw danger even if there was none and it was sad, we knew we would be fine but that feeling was more powerful than our rational thinking. However, we couldn’t leave, if we left it would always be there, that fear we had in the back of our minds. We had to stay and let it pass, let time do what it does best.

I remember walking an alley near our hostel a day after arriving in Rio and a man was approaching from the opposite direction, that feeling came over me instantly. This man, although not dodgy looking, represented what had happened to us. He was similar in build and looks to the man who one week earlier pulled a gun on us. We could of turned and walked the other way however I knew that instead we needed to keep walking – we had to let our fear subside and the only way to do that was to show ourselves that although not as safe as home, this danger didn’t always exist.

As the weeks went on we began to move on, the feelings of fear became less frequent and the city became familiar again. I thought back to the traveler who left, a guy who let a select few determine his entire outlook on a country of two hundred million people.

As we booked our final buses out of Brazil after two months there (and two weeks since the incident), we knew we could leave Brazil in peace. I left in awe at the way Bailey dealt with it, she proved she was where she was meant to be because those who live in fear never actually live. 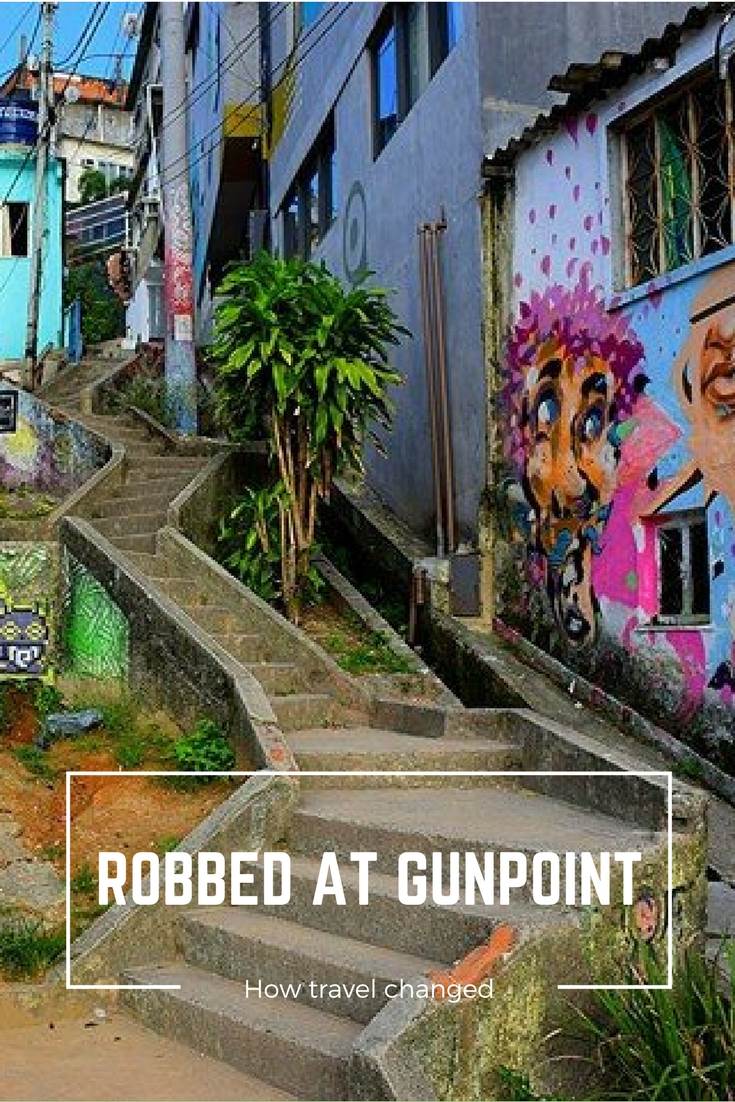 6 Replies to “Robbed in Brazil – How Travel Changed ”

9 Best Things to do in Natal, Brazil